The Zymoglypic Museum (and other things)

If you haven't looked at the Zymoglyphic Museum yet, you should have a look. Among other things, there is an online exhibit of "Photographers of the Marvelous", where I found this lovely photo created by Alessandro Bavari. 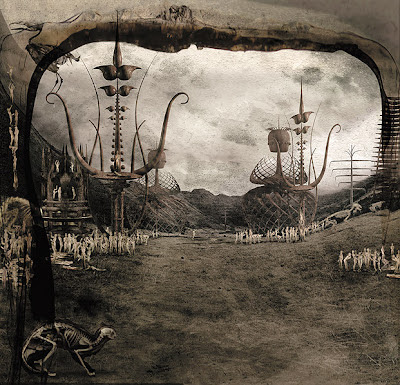 The Zymoglyphic Museum also has an exhibit of Frederick Ruysch's 18th century anatomical dioramas, which were "assembled from body parts and starring melodramatic fetal skeletons," according to the ZM. They were then turned into meticulous engravings by Cornelius Huybert. I will be doing a post about Frederick Ruysch and his relationship with Peter the Great later, so check in for that.

They also have an enigmatic little exhibit called "Age of Wonder", which includes a number of quite fun Wonders, including the Self-Destroying Automaton:
"This particular mechanical wonder was a clockwork automaton that not only told time but continuously removed pieces of itself an offered them to passers by. How the internal parts were regenerated has yet to be determined despite intensive investigation by the museum staff."
Besides this whimsical creation, there are a number of quite nice little cabinets and displays, such as the Small Cabinet below. 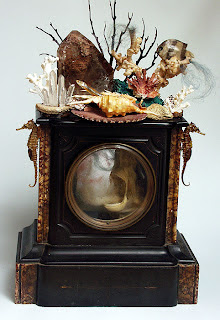 On another note, if you are interested in anatomy drawings, I would recommend looking at the the U.S. National Library of Medicine's Dream Anatomy exhibit, which is full of interesting images.
at 4/02/2007

Hey - thanks for dropping by the Museum! I'm glad you enjoyed your visit and looking forward to more wonders.