Whose Ideal Was This, Anyway?

As part of my day job I teach media literacy to children in 5th and 6th grade -- just before they go off to junior high school, and hopefully just before they are inundated with the maximum number of messages about who they should be.

One of the things I did recently was to make two slide shows about the evolution of what is considered ideal in both male and female bodies. For the female progresssion, we start with the S-curve styles of the 1900's, with the impossibly thin waist and the "monobosom" pouter-pigeon chest. 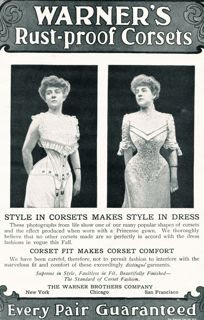 The thing I always debate with myself about this kind of image is this: is it better to rely on a piece of corsetry, torturing one's body into shape through lacings and bonings which everyone uses? At least then, no one expects you look that way naturally. Or is it better to be natural, wearing flimsy knitted clothes that give away every lump and bump, and be expected to be perfect with no structural support at all? The former is painful, but the latter can be even more painful, because the only way to gain the correct shape is to starve yourself, exercise to death, and have plastic surgery -- all invasive techniques that actually change your body and affect your overall lifetime health. And even then, after all that, they don't often work.

Within about twenty years after this, however, the fashion changed so much that anyone with those kinds of curves is in big trouble -- which means that all the curvy women who were considered beautiful before probably had daughters who inherited their shape and were now struggling with trying to flatten and narrow themselves so as to fit the new shape.

Within another twelve years, you have Mae West making that flat ideal look entirely silly. 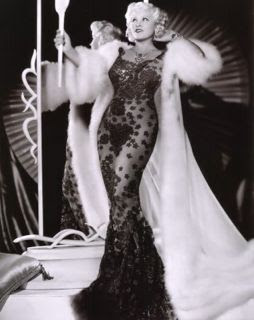 And then come the forties, time of slim hips and shoulder pads, a more masculine look to go with wartime and the Rosie the Riveter ideal of womanhood. 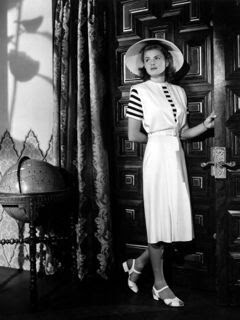 But of course, men who are at war and dreaming of home think about girls like Betty Grable with longing: not so masculine looking here. Note, however, that there is no gap between her thighs. If she were a modern pinup, she would have much thinner legs, often so much so that there would be a space between the thighs. 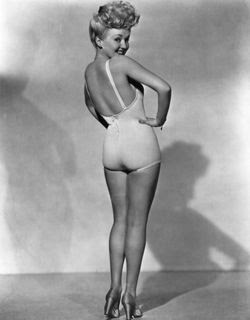 By the fifties, things had changed back again from the shoulder pads and the narrow hips. 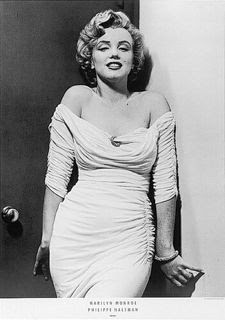 Then, in the sixties, a new phenomenon came to our attention: the new, "modern girl" look of Twiggy. Suddenly all those girls who looked like Marilyn Monroe were doomed. Thin was in (remind you of the twenties at all? Modernness and shapelessness?). 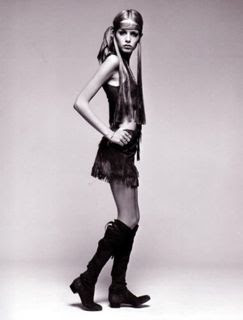 This is, I think, the beginning of our modern supermodel/Photoshop hell.

Curiously, though, this is where I started to notice a thing. It was a kind of big thing, and I'm not certain how I missed it before, except that with the proliferation of media, there are more examples for me to look at. What I noticed was a rift between the ideal woman for men and the ideal woman for women.

The thing is that while Twiggy was strutting her stuff to the women, we had Jane Fonda taking the male world by storm in her role as Barbarella. 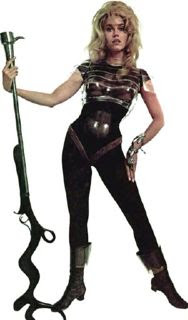 So what is that about? When women try to emulate someone such as Twiggy, against the general desire to attract men, what are they doing? My guess is that it's about women trying to impress other women. Which is an interesting phenomenon (Note: I am going to set aside gay, lesbian, bisexual and other preferences here because that is a huge discourse in itself; I'm making a choice to talk about the majority, in the services of a discussion of "popular culture," which is, after all, what the media is serving up. I do think it could probably be said that few lesbians are particularly interested in the Twiggy look, either, but perhaps I'm going out on a limb, making sweeping statements like that).

Another thing I am fascinated by is the incredible strides we've made in the technology of beauty. These earlier examples didn't have the benefits of plastic surgery, personal trainers, and Photoshop. True, the early catalogs are all drawings, so could be as fantastic as you want; and true, they had the soft-focus lens and some retouching in still photographs. But when Ursula Andress walked out of the waves on film, she had to hold it in, to carry herself well in order to look as fabulous as she did. When I compare the photos of her to the apparently effortless beauty of the photos of her modern counterpart, Halle Barry, two things come to mind: "Poor Ursula! She looks so self-conscious by comparison!" --and-- "My word, but Halle looks disturbingly, almost supernaturally, flawless!" And, to be honest, it is supernatural: she has the benefits of all the modern technologies. Whereas Ursula was actually standing there, in the raw, being natural -- no "super" about it. 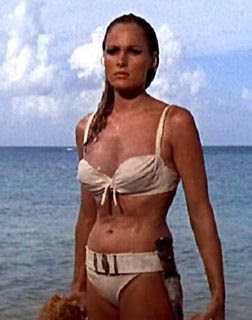 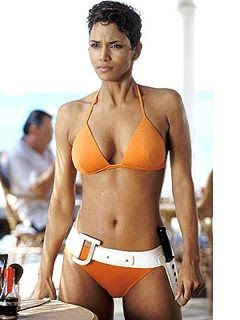 The thing that disturbs me most about these two images is how our daughters must feel about themselves when they see them. The girls in 1962, seeing Ursula rising from the waves in Dr. No, knew that what they were seeing was a real woman, something they could aspire to (if that was what they wanted). Seeing Halle Barry, above, holds no such comforts, particularly when digital film has so much option for smoothing out those flaws. Such perfection is absolutely outside the realm of anyone who is honest with themselves. They might as well throw themselves against a brick wall, because you can't live, and breathe, and be that perfect. It's impossible, and our daughters know it.

And I won't need to say much about the present Photoshop climate, and the overzealousness of Photoshop users that, while making fun of themselves to some extent, are also continuing to propagate the impossible image, one that makes it hard to judge what the real person looked like and so impossible to know what to compare oneself to. 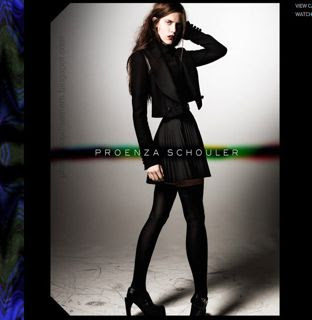 Now, on the male front, there's not a lot of change from 1910 to the 1970s. Maybe a little more muscle, but nothing strange. Male self-image, like male fashion, is one of conservatism and extremely subtle variation, particularly during the 20th century. Sure, there were the Ziggy Stardust exceptions, but very few men actually aspired to that kind of skinny and androgenous look -- or to wearing shiny, colorful stretch body suits and platform heels on the street. 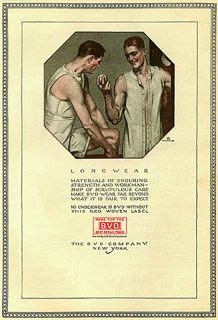 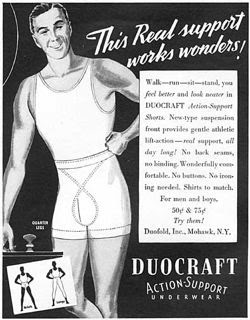 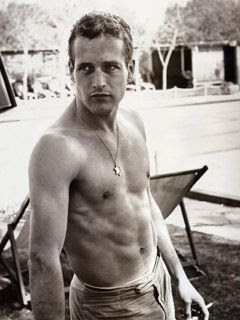 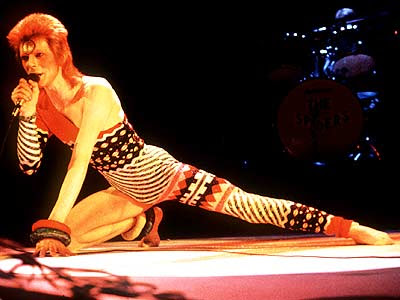 However, in the 1970s, not too long after Ziggy was blowing peoples' minds, a man who everyone had thought rather extreme, crossed over from the bodybuilding subculture into the mainstream media, bringing with him a sea-change as he came. 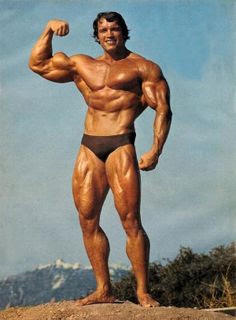 It's true that his first big role in film was one of extreme caracature, and many people laughed at its comic book qualities. 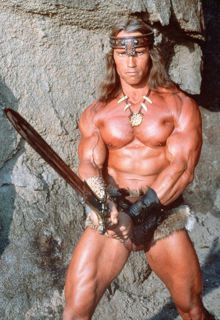 But the film, and his role in it, captured imaginations too. Arnold made his next appearance in another, more serious role, one in which his physical attributes are used in a much more believable way. 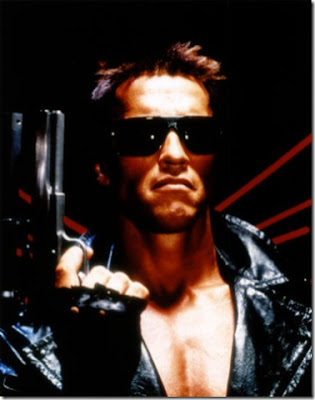 To overcome a comic-book image by portraying a truly frightening cyborg is an interesting entry into "normal" roles; but Terminator had a rippling effect of acceptance for his weird physique: how he looked went from being weird and scary: 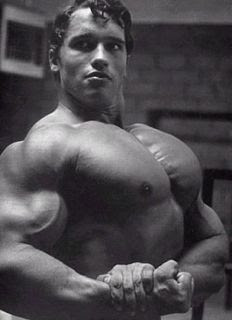 ...to being impossibly badass, and that, right there, is an entry into the imagination of the male populace. From there it was on to action movies, and before you know it, others were emulating the look. It became de rigeur for action movie heroes to have that pumped-up look; and a whole generation of boys grew up with the idea that it was the ultimate in masculinity.

Just look at GI Joe. In the 1960s he was a regular guy, modeled to look like a grownup version of the boys who played with him. 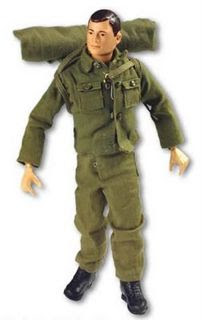 But by the 1990s, with G.I. Joe Extreme, whose biceps are nearly as big as his waist, it began to get out of control. Boys were being encouraged to play with role models that not only went beyond anything they could achieve with steroids, but would require actual muscle implants to achieve the proportions. 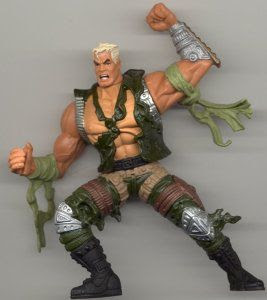 Curiously, women didn't go along with this, just as the Twiggy thing never caught on with men. The Brad Pitt of Thelma and Louise, which appealed to so many women, is not the same one as the Brad Pitt of Fight ClubTroy, an action movie. 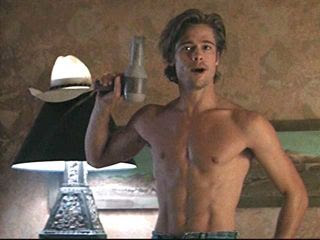 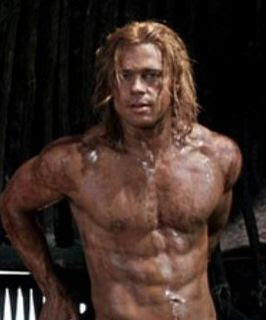 And yet, just look at Robert Pattinson, the male star from the recent Twilight movies, who is the romantic fantasy outlet of hundreds of thousands of girls across the world. A farther cry from the Arnie physique I can really not imagine. 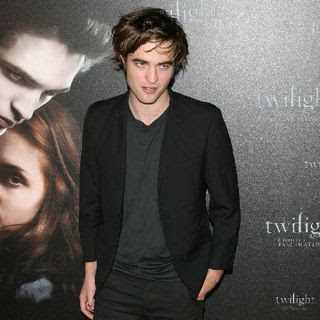 I can't save the children I teach from the poor information and misleading imagery they are fed every day, but I can try to make them aware of the visual diet they are ingesting. We work in Photoshop, and they learn to do retouching themselves, which gives them not only a technical tool but a deeper understanding of how these images are remade, so that when they see an image, they can look for the telltale clues.

Hopefully, they learn that there is really no way to make ourselves as perfect as the images we see -- and, in fact, they may even question who we are trying to make ourselves perfect for? As Jean Kilbourne says in Killing Us Softly 3, "We learn from a very early age [from advertisers] that we must spend enormous amounts of time, energy, and above all, money striving to achieve this ideal, and feeling ashamed and guilty when we fail. And failure is inevitable."

Where Have I Been? 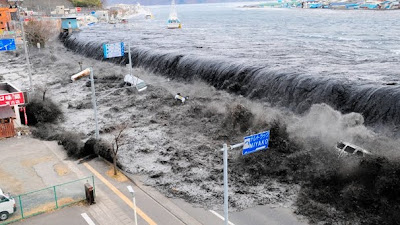 Sometimes life is like a tidal wave. You know all those videos of Japan, where houses, and dogs, and trees, and cars were all just lifting up and pouring away to who knows where? That has been a sort of metaphor for my life for more than six months, now. Nothing too bad, just... transitional: life swelling to get so large that it sweeps everything away. Poor health and children's transitions and aging parents and lots of overwhelming commitments (such as the acceptance and subsequent edits of a novel), all at once. All flowing crazily away from my control in the huge tsunami of life, while I watch from the rooftop, helpless.

I do apologize for my silence. And I do want to write more here, really.

However, I am rethinking the format of this blog, because as a compendium of interesting stuff it is a wonderful thing, and I want people to go on enjoying it, even if I can't keep up with it the way I used to. So I'm going to keep posting, but it will be a slower, more steady trickle, instead of the bursts of activity I have attempted heretofore, which I can't sustain.

Also, I am in the middle of looking for a blog partner, so that the blog can continue its extraordinary journeys with more input from more voices than my lone one. I'm planning to be very picky about who this person is, and I hope it will rejuvenate the regularity with which you all have something here to read. Cross your fingers!

In the meantime, because it is (finally) summer, and I have a month and a half off, please honor me by checking out the new posts which I will be putting up on a (semi) regular basis, much more than what you've been seeing of me recently!