The Myth of Fingerprints 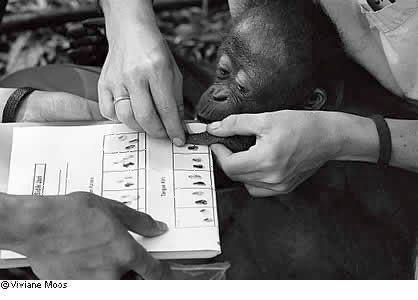 So I came across my own post on fingerprints, from way back in 2008, and was suddenly captivated.  I wanted to find more out about spider monkeys and other prehensile tail-prints.  And to see if anyone else had any interest in fingerprints out there.

Much to my astonishment, there is one man, Jean-Francois Manguet, who is not only interested in the history of fingerprints but also in the science of skin and how fingerprint technology is portrayed in movies, among many other things.  It looks like Manguet is an engineer who "invented the sweeping technique for direct silicon fingerprint scanning." He was the chief scientist on the FingerChip, a fingerprint sensor project.  Since then, he has followed all things fingerprint-y, including the biometrics of fingerprinting and the physics of fingerprint sensor technology.  It's quite worth a browse around the site, despite the technical obscurity of some of the pages.

(Also, check out his blog and watch the progression of the apparently somewhat-failed fingerprint sensor on the iPhone 5S).
at 2/23/2014 1 comment: