No, it's the Flehmen Response. Have you ever wondered why your horse or your cat gives that "gurning" face after smelling something intensely? I did; I thought it was something in the smell that made my cat react that way, as if she didn't like it -- except she kept going back to it again. It seemed like she was a glutton for punishment. 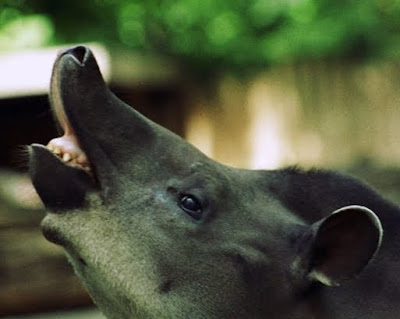 Now I find it wasn't that at all: she was exhibiting the Flehmen Response, a way of smelling that does not involve the nose. 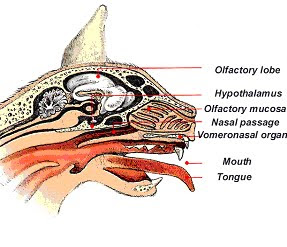 What it does involve is an organ inside the roof of the mouth called the vomeronasal organ, otherwise known as the Jacobson's organ. The "gurning" face (or, in the case of goats and horses, the weird lip-lifting) is actually a way of getting air to circulate inside the mouth so that the vomeronasal organ can pick up molecules of the scent in question. It helps the animal see what kind of scent it is, really, and gives them more information about the source of the scent.

Generally, the scents that cause this kind of interest are things that contain pheremones or other compounds that tell the animal about other animals, either of their own species or, in the case of cats, those of prey. Curiously, it is believed to be the basis of the Cheshire Cat from Alice in Wonderland. 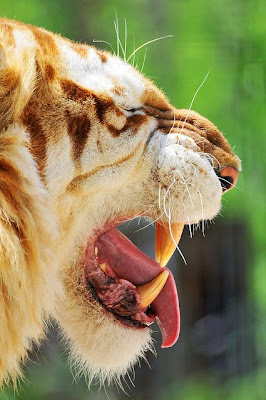 "Flehming allows the animals to determine several factors, including the presence or absence of estrus, the physiological state of the animal, and how long ago the animal passed by. This particular response is recognizable, for example, in stallions when smelling the urine of a mare in heat." [wiki]

This is a small fact, something you can bring out in odd moments to impress your friends; but as an activity it rarely fails in comic charm. Here is a video of a pony with the Flehmen Response in action:

Lastly, I'm not certain the video below is a flehmen response (if so it's a very lively one), but it is pretty funny.

You can also type "Flehmen Response" into Google Images and see what you get: a veritable rogue's gallery of weird facial tics.
at 9/16/2010 4 comments:

If We Only Had Twelve Fingers 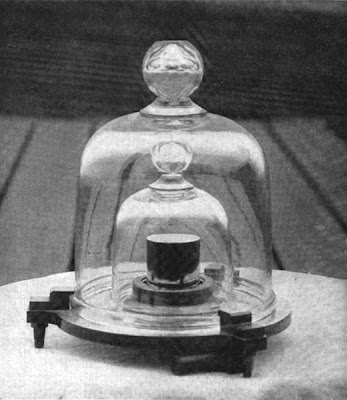 Standard Kilogram Mass, one of 40 made in 1884 which were exact copies of the international prototype kilogram kept at the Bureau International des Poids et Mesures in Sèvres, France

Sitting around tonight arguing with my friend Gwyan about the Metric System, I found myself embroiled in a very interesting discussion about the nature of measurement and the extent to which people will follow rationalism.

The thing is, despite the fact that it's based on our own ten fingers, I don't like the metric system. I don't like a system that requires decimal calculations and which won't easily divide by anything other than 5 or 2. It is not ultimately logical for people who make clothes out of four basic panels (and have to size those panels up and down), and in my opinion anything that requires an infinitely repeating decimal to represent a third of the measuring unit is crazy. It just doesn't make my life better. The system was made up by a bunch of rationalists who got carried away with creating a completely new system that people in different countries would accept -- for the sole reason that they wanted something new. It figures that it caught on -- only something this untidy and bizarre would.

Well, mostly. The British didn't accept the metric system for many, many years, despite the Victorian institution of universal education -- probably because the system had originated in France. But that's a whole 'nother story. Curiously, though, the idea originated with an Englishman, John Wilkins, first secretary of the Royal Society of London, in 1668. The idea didn't catch on, and the English went right on with their intricate monetary system and their 20-ounce pints. 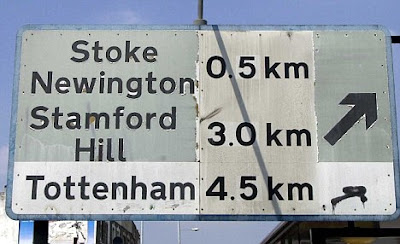 But then "in 1670, Gabriel Mouton, a French abbot and scientist, proposed a decimal system of measurement based on the circumference of the Earth... His ideas attracted interest at the time, and were supported by both Jean Picard and Christiaan Huygens in 1673." [wiki]

Well, that explains a lot. In the days of Reason and Enlightenment, systems which tidied up numbers and arranged them in clean lines and shapes were all the rage. Metrics are a perfect example:

This would appeal enormously to a culture of gleeful intellectualism, the same one that came up with Napier's Bones and calculus. 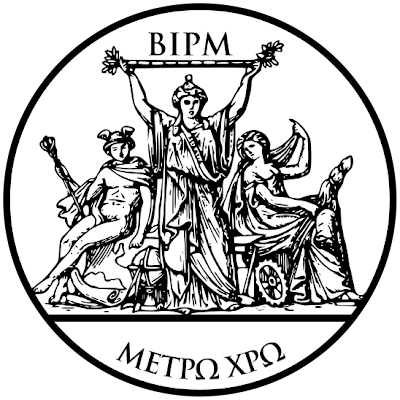 It was dear, rational, idealistic France who went for the wholehearted changeover, of course:

"The inconsistency problem was not one of different units but one of differing sized units. Instead of simply standardising the size of the existing units, the leaders of the French revolutionary Assemblée Constituante decided that a completely new system should be adopted. It was felt that no country would accept standardising on the units of another country, but that there would be less resistance if a completely new system made change compulsory for all countries." [wiki]

In other words, they threw out measurements that had been working for individual people for hundreds of years or more, because of an ideal. Not a bad thing, maybe, and in talking with Gwyan, I was hard-pressed to describe my aversion to base-10 systems of measurement. I don't have a problem with base-10 monetary systems; money is, after all, pretty much about numbers, and our numeric system is base-10, so it follows. It's pretty straightforward that any being with ten digits is going to have a base-10 number system. And the beauty of the metric system is that if the units you're working with start to need dividing, you can simply slide down into the next unit level and viola! You're working with whole numbers again. It's a different way of thinking: you're not working so much with pieces and parts, but rather with a sort of layered mesh of wholes, through which you can move as needed. Which is fine for distance or weight, but not so good for discreet objects like eggs or minutes.

And that 1/3 measure, that sticks in my throat. You can go on sliding downward in unit size forever and never get to the bottom of the number; it will always be an estimate, a rounding-up or -down. And it bothers me, as someone who used to work in the garment industry, that dividing things in fourths involves such an awkward number as 2.5, or even 25. Those are not friendly numbers (*see below); they don't show up in the kind of kitchen that has a cast-iron pot at the fire and herbs hanging from the ceiling. These numbers don't believe in us and our four-cornered world; so I don't believe in them, either (so there).

The madness of post-Revolutionary France bears me out on this. They redesigned everything to be about tens: the 10-hour clock (as opposed to 12-hour); their new calendar had 12 months but with 10-day weeks; and of course, money, length, weight, volume and so on. The breadth of it was staggering: they were redesigning the universe to fit itself to our hands -- our five-fingered, flower-like hands. 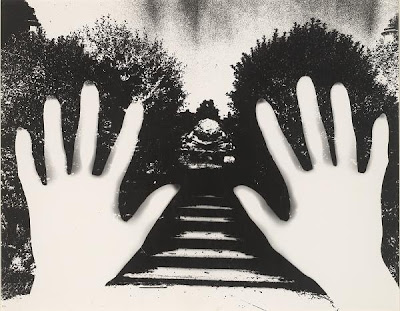 True, there is something beautiful and otherworldly about the number 5. It exists in nature, but it doesn't fit into everyday symmetry the way the simple triangle can. Drawing a pentagram accurately is a tricky proposition. We don't think in fives: when we count pennies, most people make groups of twos and threes. It is beyond and above the natural grooves of our minds, and this may be why the pentagram (and pentagon) has always had such magical significance**.

But really -- should we be redesigning our whole cultural definition of space and mass into fives? They may be beautiful, but they are absolutely not practical, at least not in any world that I inhabit. 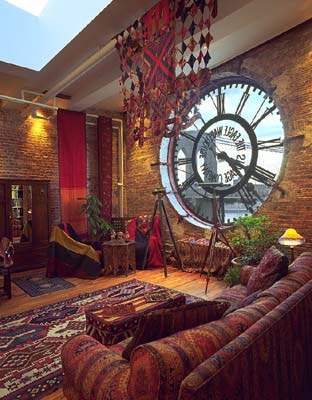 (Image thanks to The Steampunk Home)

Interestingly, Gwyan pointed out that the metric system is more useful in bureaucracies, mass-production, and science, where the numbers need to be able to go very large or very small. This is a wonderful point, because I think what I object to about the conversion is that it is designed to benefit those industries -- not individual people, moving through their individual lives. This is precisely why the calendar is still divided into twelves, and why the 10-hour clock simply failed; why dozens and grosses are still used in bakeries and eggs in many places. People like to be able to divide time and goods many different ways, not simply into two possible factors, and fractions thereof. The Romans had a unit called an uncia, which is the basis of our words for "inch" and "ounce"; it was part of a fractional system based on twelfths.

Interestingly, there are several languages who use duodecimal number systems (otherwise known as base-12). I'm not referring to Elvish here (apparently it's one example); in Nigeria, there are several, as well as a few obscure Nepalese and Indian languages.

Another place, at least in the US, that is unlikely to change very soon is in the kitchen. Cups, ounces, and teaspoons were arrived at through usage, through what worked easily with the tools at hand.

I have to say, it's not that I dont like tens; they work just fine in a mathematical context -- for counting things, it's certainly a good idea to have your counting system match your number of fingers. It's more that for everyday use you sometimes simply can't beat the number twelve. Even those of you who write in saying you're fine with the metric system still use a 12-hour clock and a 12-month year; would you prefer it differently? And for those of you, who like me, simply like the number 12, there are "dozenal" societies in the US and the UK (they forsake the word duodecimal because it means ten plus two, which they feel is beside the point). Perhaps I'll join. After all, what a fabulous number: dividable by 2, 3, 4, and 6. Definitely a keeper. 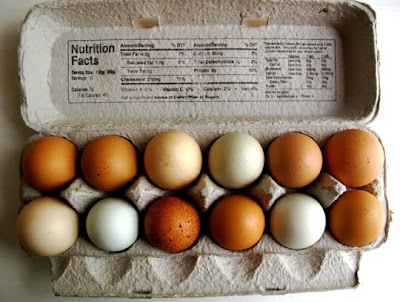 **Pentacles, on the other hand, do not originally have an association with the number five. I didn't know that until the moment of this writing.
at 9/07/2010 15 comments: