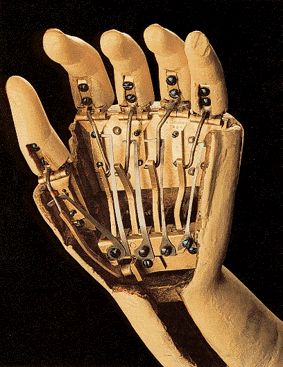 As it turns out, I just signed the contract for my novel, Songs for a Machine Age, which will come out next November from Hadley Rille Books. This is a good thing, a nice thing, and it makes me happy.

However, in the process of all this, I've been having to think where the premise for this book comes from. Like all things such as this, there are layers of influence; and my love of the 18th century and its pointless, beautiful machines, created solely for the pleasure of their existence, has been around so long that I can't put a finger on it; but I think the place where I can start for the influences of this book came from a robotics class I took for educators. 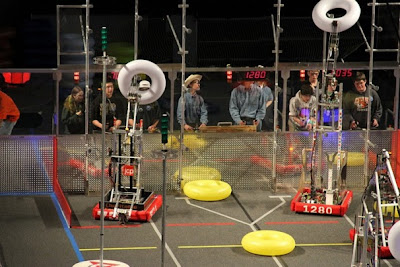 It began with training us how to use the robotics kit that we were being given, in the hopes (I think) that we would buy it and use it and it would become the Next Big Thing. The people teaching us were deeply involved in First Robotics, a big, expensive robotics competition for high school students. They started the workshop with how to build things, how to use the tools at hand, and how the various available parts worked. We all built the same thing, a little remote-controlled car, and experimented with the various parts.

My experimentation was to put two large wheels and two small wheels on my car, the sizes being diagonal to each other, so the car could not ever have four wheels on the ground at once. This meant that when I changed directions, the car would rock back and forth in a very interesting way. I wanted to build a tower on top with moving parts so that the moving bits would sway or swing as the car rocked. 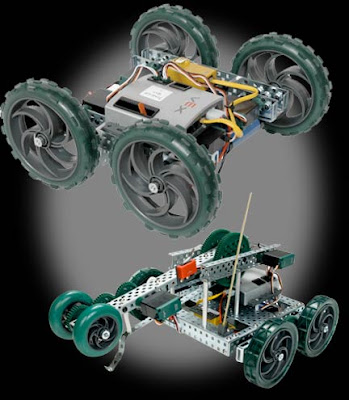 However, the robotics people thought I was odd. They went on to do a series of task-based design assignments; we were supposed to find creative ways to pick something up and move it to a targeted area, or follow a line, or push a ball somewhere without losing it.

I came away from this event totally fascinated with the difference between their way of thinking and my own. I wanted to do robotics so I could build interesting things that were beautiful and could move; they thought robotics were about, well, industry. Building a car. Moving a thing from here to there. 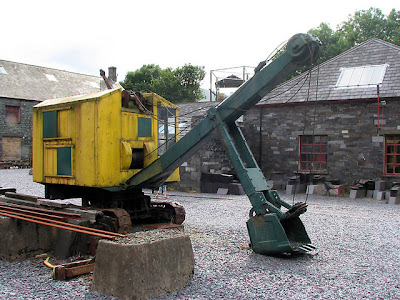 The more I thought about it, the more it seemed to me that machines, in our modern world, are all about tasks, about work, about doing things for us. They are our slaves, our brawn, extensions of us; but they don't do the fun stuff. They do the work. We give them assigned tasks. They were birthed from the can-do attitude of the 19th century, not the Cartesian ideals of the 18th century. Instead of "how can we reproduce, or enlarge upon, the miracles of nature," it was "how can we increase our productivity so that we might subjugate nature, overcome the laws of physics, and make things easier for ourselves?"

What happened to the idea that machines might be agents of miracle? True, computers and their ilk do many miraculous tasks, and enrich our lives with music, video and the like; but we are still listening to and watching canned people, not enjoying the machines for the sake of themselves. We are not looking at the idealistic side of it; we are simply wanting good bandwidth. One of the only places in common culture where the workings of the machine are considered, are prized, is in the world of robotics. And in robotics, at least in the traditional venues, they care mainly for tasks. 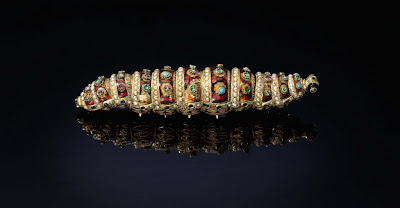 Before I wrote Songs for a Machine Age, I hadn't thought clearly about all of this. What I actually said to myself was, I want to write about a place where the only machines in the whole culture (with a very few exceptions, like flour mills) are entirely aesthetic. A place where machines are honored, admired, and used only for the celebration of religious festivals. I began to write Neddeth's Bed, to find out what that place was like, and as it progressed, I began to think more deeply about this place: how did the culture get this way? Did they just naturally not think of the practical applications of machines? Or did something happen in their history? 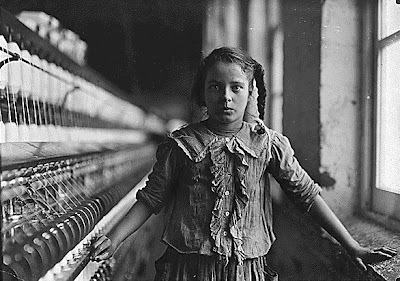 What if, for example, the Industrial Revolution never happened? Or, even better, what if something went so awry with the Industrial Revolution that a country rose up against it and threw out the whole idea of manufacturing, reshaping their culture to be entirely based around making things with one's own two hands? And what if the need for technology, for cool devices and complex machinery is regulated by a class of people who were educated entirely for the purpose of making beautiful machines, who are experts on the bad old days -- drilled in the horrors of manufacturing -- so that it won't happen again? 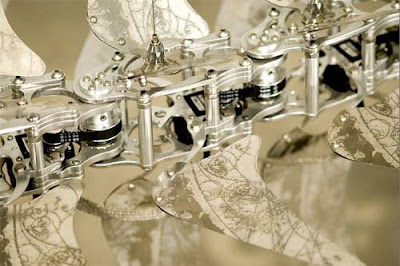 I still haven't finished Neddeth's Bed. Songs for a Machine Age came from the questions I had while writing Neddeth, and grew into a fun adventure novel, with all of the above questions as background. But the layers of understanding, like so many things, went on from there, and now I'm working on the next layer down, the reason why their revolution happened. What could possibly change a culture so much? I had to find out, so I am writing it; and it is definitely not a fun adventure novel. So if you need me, I'll be in the basement, peeling the onion of my world -- and rooting around in all the machine-parts.

...and... if you want to see some machines that distinctly remind me of some of the Festival Devices I imagined in Songs, check these out:

Such amazing attention to detail! Seriously, it's extraordinary how every tiny piece of these devices are carefully crafted. Just exactly like I imagine the devices in the book. Now if this artist only made things that were ambulatory...!

Odd bonus: Interesting blog post about Descartes and automata.
at 11/17/2011

If you have not yet discovered Arthur Ganson's machines...you will adore them! I went to see them when I was in Boston.