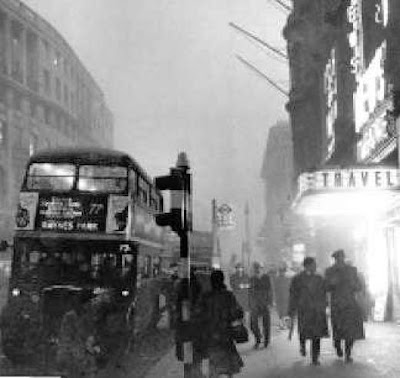 It wasn't until I was coming home that I noticed it: a sinking feeling, a sort of settling back into the greyness of my body. I had been burning, bright and smart and heard; I had been ageless, interesting, interested. I had been in the company of people who also burned with the clarity of their intelligence.

Now, on the plane, I was falling back into the usual me, flying as it were into a sort of miasma of banality, back into my age, my weight, the sense of disengagement. In other words, back to paying too much attention to other people's world-views and priorities, because they outweigh mine. It was as if I was some kind of outcast who, for a moment, had lived with her tribe, and was now going back to the other tribe, the one to whom she didn't quite belong, and whose opinions and judgements seem, in the immediate day-to-day sense, to shape the world. In fact, to shape me.

It sounds terrible, doesn't it? Sometimes a little perspective can feel like that. I found myself thinking of a story where the person has a talent -- say, the ability to save lives, or the ability to make beautiful things -- and they are brought into the place where the rich people live because of their talents; for a moment, they see how much they really shine. Then they have to go back to where they live, a place where, perhaps, the powers-that-be put something in the water, or the air, and everyone there never looks up, never shines, never thinks about anything outside their little sphere.

My father grew up in Detroit in the 1930s. I may have mentioned this before, but his family had a cottage on Lake Erie in Canada, near where my grandmother grew up. Every vacation, and even some of the school year, my father would go and stay at the cabin, where they would swim, or go ice-fishing, make things out of the clay they found along the bank. Then, inevitably, they'd come back to Detroit, over the bridge. Detroit, being a coal-fired town in those days, could not be seen from the bridge. My father says that as they came closer, you could see the steeples and the taller buildings poking up out of the dark haze that obscured the rest of the city; and as the bridge went down, they would descend into that haze, go back to Detroit life. For him, it was merely a symbol of going home.

Imagine, then, if this talented person in the story were to descend back into the place they came from, exactly like descending into the haze; but instead, it's a haze of lost ambition, disinterest in learning, provincial thinking. A sort of purgatory imposed from above, in which even the most brilliant and talented people only stand out a little through the miasma, the creative and intellectual smog. What kind of story would that make? Having been outside the smog, would the person understand, and rebel? Or would they live tragically, knowing that if they could only live in the untainted area permanently, they could be brilliant and useful and shining? Or would they understand that they might be alleviating some of the smog, challenging people's paradigms, by their very existence? I dare you to write it, and I'll write it too. Maybe we can compare notes.

In the meantime, all I can say is, hooray for the internet! May the tribes all keep in touch with each other, keep their tribeness in the best way they can. 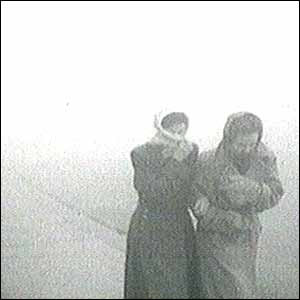 All my friend live in this little box under my desk. If it were not for the internet I would not know and enjoy the company of brilliant people such as yourself much less converse with them. Through the internet I can and do rub shoulders, share ideas and moments of creativity with many who are infinity better at everything I do yet I am not belittled or looked down on but am instead encouraged and guided. My tribe is not here in this wallow. It is scattered to the four winds around this blue ball we live on.
Now when I look at my globe my mind adds little points of light everywhere I imagine someone I know and love is.
I am amazed at how many there are and dismayed by how far apart they are.
With out the connection through the internet I would feel so alone.

Thanks for putting my feelings into words for me! It's nice to know that other people feel this way, because sometimes it really gets me down.