Only One, I Promise 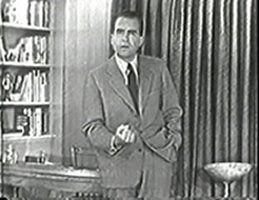 I don't usually post about politics. There are so many excellent political blogs out there, and it's just not my strong point. Plus, the Cabinet is really about other things which I hope go across political lines.

However, I have a comment to make about last night's the night before last's debate. If you think this might hurt our relationship as reader and writer, please stop reading now. I don't want to discourage the reading of this blog for the sake of something so ephemeral as politics.

In any case, this is what I saw: One of the candidates was trying to teach people. Not simply bluffing, or hand-waving, or bandstanding, or trying to appeal to the "typical American" (whom, as you can see in this wonderful BLDGBLOG post, is just a figment, anyway), although there is always some of that in any campaign. I saw a man, not a figurehead, and that man was being a teacher.

Now, putting aside the fact that every time this candidate spoke, the little line for Ohio women went above the little line for Ohio men, this impressed me. I do not speak as some star-struck person who doesn't understand critical thinking. I'm speaking as someone who teaches, who was raised by a teacher, and who married a teacher. Someone who likes to find out about stuff, understand stuff.

And it struck me that in my limited personal experience with presidential candidates, and from what I've heard about the candidates that went before them, this is very unusual: someone who wants us, the people, to know more, not less.

Even Roosevelt, so good at pushing policies through and explaining them to the people, did not give lessons in foreign policy or economics. The tradition of sitting down and "talking to" the people (see Nixon's infamous "Checkers Speech") has been around at least since the invention of television, when candidates (and presidents themselves) first realized they could pretend to be intimate with millions of people. They've been using it to great effect ever since. However, rarely have I seen someone so close to the presidency sit in a debate and actually try to explain how things work, in a non-condescending way.

Afterwards, the pundits said he was "flat" and "too professorial." But I disagree: I came away with a glimpse of what politics could be like, if Americans really believed in education and intelligence. Imagine a country where schools had all the funds they needed to encourage their students to do their best, to learn critical thinking from the inside out, and to use their intelligence to the best of its ability. Imagine a place where people talked about politics without getting angry or putting each other down. Imagine a place where lawmakers discussed what each bill was really about with their constituents, and then explained why they voted how they did. And imagine a country where the constituents actually understood what they were being told, where electing someone did not simply mean putting them in office and then losing any sense of participation.

How many of us remember a teacher who inspired us, who helped us see something we hadn't known about before? How meaningful was it to have that person behind you, someone you could respect and someone who cared whether you actually understood what was being taught? 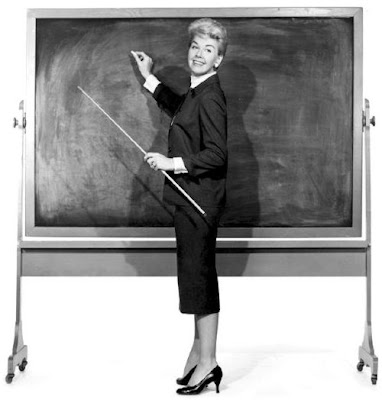 I am not a political savant. It's not where my understanding lies. Economics are, for me, usually dull and tend to infuriate me, because they seem based on upwardly-spiralling principles which cannot possibly hold up to real life. But I do understand them, basically, and if someone has something to say about economics, I can usually follow their logic. And I can ask questions. I can find out.

In my opinion, the way traditional politics work, playing to an audience of perceived "typical Americans" who are, in theory, undereducated and limited in their experience, doesn't work anymore. And yet, in a strange way, this vision of mainstream America could become a self-fulfilling prophecy, because policies like No Child Left Behind, which sets up impossible goals based on anything but critical thinking and creativity (learning to test well is not the same), and then doesn't provide enough funding to even meet those (decidedly limited) aims, leads to a certain dumbing-down of the population. If it weren't for teachers who really cared about their students learning something beyond taking tests, we might become a nation of nitwits. There are some who believe that we already have. I like to think people are smarter than that, and I really think that the younger generations, who are savvy in ways the older politicians can't possibly imagine, see right through it, and are, in fact, annoyed by it - and thus, don't bother to vote. And thus, we do look like nitwits sometimes, as the young, sharp brains don't participate.

Now, for the first time, I see a candidate who understands that blogging, Internet networking, gaming, and even virtual worlds are more than just things people fool around with. He understands where the newer generations are coming from, and where they're headed. And most of all, it appears that he believes we can be smart, and think about things. And that is something that gives me hope.
at 10/16/2008

This is beautifully written and sums up precisely what I've been trying to articulate about why the meme that he is condescending is so completely ridiculous. Brava!

I saw that debate, and I can say for myself that independent of any issues, I'd still have voted (which I did by absentee ballot) the same way. If this were a job interview, which really in many ways it was, I would want that confident, no-nonsense guy who really does seem to know what he's talking about. I'd chose him any day over the one whose best trick is to tell transparent lies about his competition and seems, if anything, a parody of the bad interviewee.

As for the VP debate, at least one of them actually answered most of the questions the moderator asked.

Honestly, when I see a TV showing coverage of the candidates, sometimes it's hard to tell which is real and which is an SNL skit.

Very well put. I can't fathom how anyone could still be truly undecided after that debate.

thank you for such a well written and heartfelt post. I hate that someone who pulls himself up by hard work to attend the best colleges in the nation is branded an "elitist" because of his hard-won education. Education used to be something encouraged and treasured and above all, All-American. Sigh.

Sounds like a very nice guy (whoever that man is).

Beautifully said, madam; this puts into words something I've been trying to articulate for weeks. I'm voting for this man because I agree with his politics, and because I believe in change, but in no small part I am voting for him because he's the one who doesn't treat me like I'm stupid.

Do you mind if I link to this? I have a far smaller readership than you but it deserves, with your permission, to be spread around.