Electricity: the Road to Health 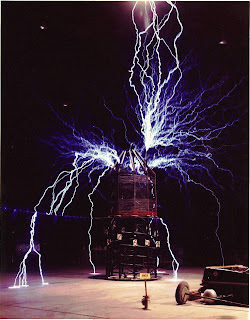 One of my friends just went to an acupuncturist for a back complaint, and came home buzzing (so to speak) with the fact that the acupuncturist had used electricity in the needles that were attached to her. She said it felt strange, and rather unpleasant, and made her feel tense. But then, she said, the acupuncturist went away and left her there, and before long she became so relaxed that she fell asleep, despite the weird zipping sensation in her back.

Looking this up, I find there are two fields of thought on this method: one is that the electricity takes the place of hand-manipulating the needles, allowing constant stimulation without tiring the doctor or becoming less accurate. The other gets into a whole discussion about the energy flows which are such an important part of Chinese medicine, and which apparently can be measured now through the use of electricity, since they are clearly related (according to my admittedly limited sources).

This reminded me, suddenly, of something that had been in my grandfather's stuff when he died: a strange instrument which delivered electricity to your body via a thing that looked like a little purple florescent light. And a friend of my parents had another one, even weirder and more, sort of, industrial, with this odd 1930's bandaid-pink asthetic which reminded me, unaccountably, of old ladies with lace-up shoes and baggy stockings. That one had two metal phallic-shaped hand wands with wires going to the main box. When you held them and turned it on, the horrid crawling of electricity traveled down your arms. I didn't forget that feeling in a hurry.

Later, when I was living in Japan, the Sento (public bath) that we frequented, which I found out later was famous for being clean and modern, had an electric bath you could get into, with a mild current running through it. I stuck my arm in once, and shuddered, preferring the lemon bath or the refrigerated bath any day. They also had a steam room, a sauna (wet vs. dry), and a twin stream of warm water which fell, thick as fat ropes, inside a little booth, where you could stand and have their weight pound your shoulders. And of course, you had to scrub before you were allowed into any of those other things, and often wanted to scrub again afterwards... so when you got on your bike and rode home, several hours later, you could feel the hairs on your arms riffling in the breeze, as if three tons of dead skin had been sloughed away. 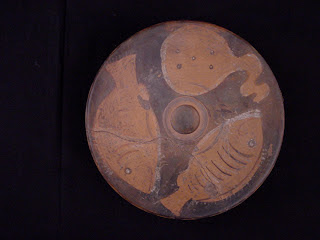 "Headache even if it is chronic and unbearable is taken away and remedied forever by a live black torpedo placed on the spot which is in pain, until the pain ceases. As soon as the numbness has been felt the remedy should be removed lest the ability to feel be taken from the part. Moreover several torpedoes of the same kind should be prepared because the cure, that is the torpor which is a sign of betterment, is sometimes effective only after two or three."

Black torpedos are a kind of electric fish. They have a 50 volt discharge and a peak power output of 1 kilowatt, and if you imagine pulling one from the sea, wet with saline solution, you can see touching one would be a low-resistance electrical connection. Just like electroshock or TENS (Transcutaneous Electrical Nerve Stimulation) for pain -- both of which are still in use after 2000 years. 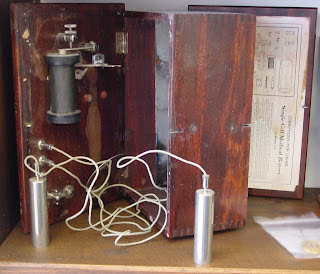 Several different people throughout history have discovered the efficacy of electricity in reducing the pain of toothache, beginning in the mid-1700's, when the discovery of the Leyden jar - a way of storing up static electricity - allowed shocks to be delivered in forceful amounts. After Luigi Galvani discovered that his unintentional battery made the muscles in frog's legs jump (believing himself that the electricity was inherent in/created by biological creatures), the belief in electricity as a life force was unstoppable. Not only toothache, but back pain and other ailments were felt to be improved by the administration of electricity; the craze became so intense that it was even promulgated that electricity could help the conditions of the poor (which might be true, but I suspect not in the way they were imagining). Electricity was life, the source of regeneration and animation. 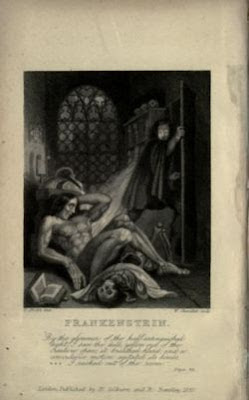 In 1817, Mary Shelley used this belief to her advantage in the case of the unfortunate Victor Frankenstein, animating his philosophical monster with the latest research in Natural Philosophy:

" With an anxiety that almost amounted to agony, I collected the instruments of life around me, that I might infuse a spark of being into the lifeless thing that lay at my feet. It was already one in the morning; the rain pattered dismally against the panes, and my candle was nearly burnt out, when, by the glimmer of the half-extinguished light, I saw the dull yellow eye of the creature open; it breathed hard, and a convulsive motion agitated its limbs."

By Victorian times, electrotherapy were common in all the best spas. Electric baths or thrones, or smaller, more direct devices, were being used as "health cures" in places like Bath and Harrogate (for a wonderful example of a holdover of this fad, check out the movie Agatha, about the eleven days that Agatha Christie went missing in 1926). All sorts of electric devices were for sale, with wild claims to health-improvement (see this article on American Artifacts for a wonderful example). 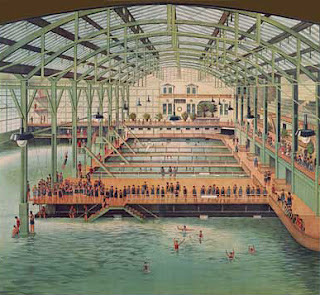 Scott's Electric Flesh Brush, 1880s: note the motto "The Germ of All Life is Electricity"

The turn of the twentieth century was a moment of great belief in the power of electricity, not only physically but philosophically. Henri Bergson's Elan Vital was a "hypothetical explanation for evolution and development of organisms, which Bergson linked closely with consciousness" [wiki], an extension of the Victorian idea of Vitalism, which is essentially the dressing up of a soul in science clothing. The trickle-down effect of people like Bergson, along with widespread electrification of cities, only served to further this fascination of the surging populace with electricity and its wonders. My parents have a bar of "Electric Soap", for example, which used to sit on the knick-knack shelf in our kitchen like some kind of odd brick. It looked like completely ordinary large scale bar-soap, similar to Lava Soap in its brick-ishness except white, and I used to wonder how it was electric; eventually my mother enlightened me, saying it was from a time when it was fashionable to be electric, whether or not you had anything even remotely to do with actual electricity. In a way this was my very first introduction to hyperbole; it had never occurred to me that anyone could name a thing as something it was not. It proved to me that the ways of grownups were indeed strange. 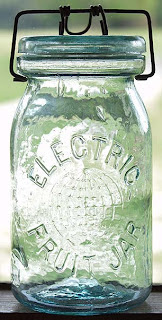 Even into the 1930's machines were still being created (like my parents' friends' machine) to promote health through electricity. It fit hand-in-glove with that same idealism, the desire to improve the lot of regular people, which inspired an interest in socialism, organic architecture, and personal health during the 1920s (Jack LaLanne, the fitness guru of the 1940s, 50s and 60s, said that attending a Bragg crusade in California in 1929 changed his life. Bragg advocated pure water, organic food, juicing raw fruits and vegetables, deep breathing, and exercise to extend one's life, an unusual philosophy in those days). 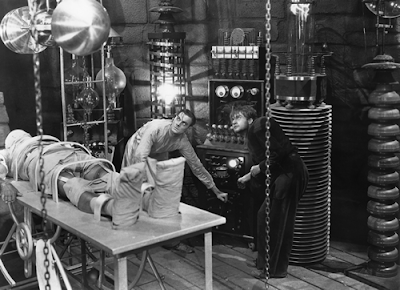 Curiously, as with the pure water, organic food, and exercise, we're now making discoveries that seem to uphold some of these claims. After a 50-year period of disbelief - where anyone advocating electricity as a cure-all was deemed a quack or a freak - some studies are discovering the depths to which our physical well-being is tied in with electricity. Synapses, for example, were long considered entirely chemical, but in the latter part of the 20th century electrical synapses were found to be abundant in the cerebral cortex; and current (har har) research has shown that electricity flows from the edges of a wound as soon as an incision is made - and not only that, but increasing the charge around a wound makes it actually heal faster.

I don't need to mention defibrillators to show how electricity can save lives. And then of course there's ECT, which is supposed to be a wonderful modern invention: electricity has been used for years to "heal" people's who are mentally ill, though it is still not understood what the mechanism is that makes it work. It does have its weak points, however. We are all familiar with stories like One Flew Over the Cuckoo's Nest, or Frances, where a beautiful mind is lost through the misunderstanding of the Establishment (Ursula LeGuin does a really beautiful job of this in her short story Diary of a Rose, from The Compass Rose), so there is not much surprise when we find that recent studies show an abnormal blood flow in the cerebral cortex after ECT. And, well, we know what happens to you if you commit murder in some states; so in some instances, too much life force can be a little overwhelming. As with all medicines, a little is good for you: too much is simply poison. 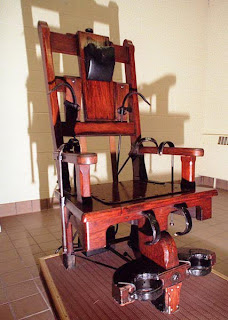 In this vein, great deal of talk is going around right now about electromagnetic radiation, and the possibility that we are living with too many electrical devices. The theory is that our bodies, so sublimely configured to live with a constant universe of solar radiation, global magnetism, and other natural sources of electromagnetic or other radiation, are not used to alternating current, and certainly not used to the levels to which we expose ourselves nowadays; and so the levels we do experience change our cells in unforseen ways, and this can cause cancer. The "life force" is thrown off-course and goes berzerk, and here we are again, trying to figure out what all this means.

I'd be willing to bet that within a few years we'll all be carrying little hand-held EMR meters or some kind of device that calms and straightens the electrical forces within our bodies so that we do not have to worry anymore. Perhaps those of us who are so inclined will even take the time to ornament theirs, so that it looks like a Victorian version, with scrollwork and brass fittings. 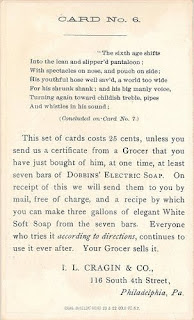 An interesting, look at electricity and health, with great pictures.

The Bite of Pain, the history of electricity and pain management, from (I suspect) a dentist's viewpoint.

A fun bunch of fun writing by Sarah Bakewell, one article of which discusses some of the background to Mary Shelley's imaginings.
at 9/24/2007

A great post! From the current issue of Popular Science: the latest research on treating chronic depression with electricity (that's not ECT).

I encourage you and anyone interested in this subject to visit the Bakken Museum in Minneapolis, which is an incredible place dedicated to the history of electricity in medicine. See wacky antique devices in action! Play with static electricity! Watch living electric critters swim! Check out the Frankenstein wing, complete with a first edition of the book, and a room that surrounds you with a dramatic reading from the book! Fun, wiggy, and insightful stuff.