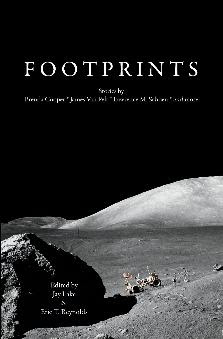 Just for the sake of formality, I've got two short stories coming out in anthologies, and will be at four different related events in the coming months (who am I to turn down opportunity?):

July 18th (6-8 pm) I will be at Borderlands Books in San Francisco for my story Artifacts, which is coming out in Footprints, an anthology from Hadley Rille Books. Jay Lake, author of Mainspring and Escapement, who edited the anthology, will be there too.

Then July 20th I'll be in Berkeley at Dark Carnival, for the same story, from 6-8 pm. This will actually be the anniversary, nearly to the minute, of the 1969 Apollo 11 moon landing, the first time man ever set foot on the moon.

I believe both of these events involve some reading and signing, though I don't know how much.

At WorldCon in Montreal, I will be reading for Hadley Rille at some so-far unspecified time. Uh, signing, too, if anyone wants that.

August 29th, the Writers of the Future awards ceremony (I got second place for my story The Candy Store) is going to be an enormous bash because it is the 25th anniversary of the award. All kinds of notables are expected. I'll be there, receiving the award and signing afterwards and generally trying not to look too horrible in an evening gown thingie; and I believe they have a book signing the next day at some so-far unspecified book store, probably in Hollywood somewhere. Although it's been in Pasadena and elsewhere around L.A., so there's no knowing. I'll post it when I know.

It's all very exciting and a little scary. I only just figured out about two days ago that getting a story in an anthology actually means critics might mention the story and say bad things about it. Believe it or not, I never thought about that part of it, thinking so much about actually getting in the anthology that I didn't look that far ahead...!

A bit far off for me, but congratulations nevertheless.

Good luck with all these events! The hell with critics. Dickens called them the lice sucking on the body of literature.

I have given you an award. More details there.