Costume Delays on the Western Line 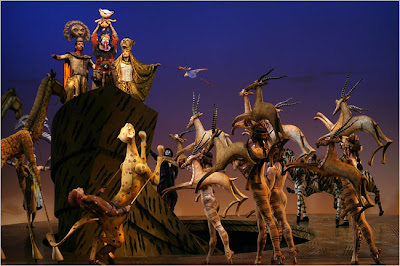 Just a quick note to say: I haven't forgotten the blog. I've just been off on a costume binge.

Years ago, when I was sixteen or seventeen and just beginning college, my desire in life was to be a costume designer. I loved costume, and still do. However, when I took classes in the subject there were two things that deterred me:

1. The emphasis seemed to be on sewing, to the detriment of anything else (mask-making, fabric painting, etc.). The people in costume seemed to be people obsessed with extremely perfect and detailed reproductions of ancient seam techniques. I'm much more of a make-something-that-looks-good type, using whatever materials come to hand.

2. In order to do costume design as a college course of study, you had to major in theater. This meant acting. If there is anything I hate more than performing in front of people, I can't imagine what it could be, so I dropped the idea. Later, I went on to design school and learned clothes patternmaking and design (thus my sojourn in the garment industry... and I wanted to get away from sewing??).

Now, of course, with the advent of people like Julie Taymor (director and costume designer of the Broadway production of The Lion King), this has all changed. Ms. Taymor has a background in mask and puppet design and studied in Japan, where puppetry and the use of masks are an integral part of traditional theater. So costume isn't just sewing anymore, and I look back on my easily-intimidated younger self and wish I had pushed a little harder for my own vision. Perhaps the acting part could have been easier; perhaps I could have got by with working backstage most of the time. 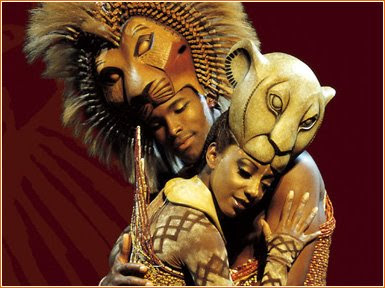 To be honest, I was too easily swayed by the kind of people I found in the different groups working in the theater department. I liked the work the stage techs did: hands-on building, painting, and hanging things. I didn't particularly like the girly-ness of the costume people, either the older, harder ones or the younger, more obsessive ones; and I was too inexperienced and shy to know that this was only a sampling of people, that this might be the product of a small town's college theater department. Lacking in social skills, I didn't know how to make myself liked by the tough stage hands or the hardened costume designers. I think I probably came across as too quiet, too young and blonde, and possibly helpless in my naivete. In any case, I gave up and went into a slightly less flamboyant career - the garment industry, which was dull and repetitive and very hard to get a leg up in. Which only proves that the choices we make out of anxiety aren't always the best ones: I have regretted the loss of the costume design, but never regretted leaving the garment industry.

In any case, to bring a long-winded and roundabout monologue to the actual point: I have had a chance to be the costume designer for the local elementary school's production of The Lion King. So that's where I've been: following my early dream on a small scale, and immersing myself totally in the Making of Wonderful Illusions. Julie Taymor's book on the production, its planning and implementation, is so luscious, so incredibly beautiful, that I've gotten carried away. I've hardly slept in the last few weeks, and I've been so insanely focused that things like grocery shopping, laundry, writing, and loved ones have kind of gone by the wayside. It's been interesting, because it's making me re-examine some of the choices I've made about my life. If I love the making of things so much, why aren't I doing more of it? 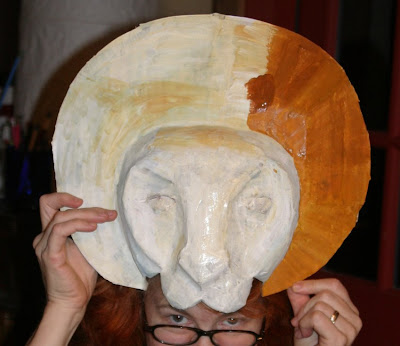 It's been fascinating figuring out how to do a high-quality production for under a hundred dollars. I've built lioness masks from plaster, papier mache, and plastic gallon milk jugs, and hyena masks from milk jugs, old burlap sacks, and newspaper. I found a roll of jute twine somewhere and made all the lion's manes out of that. And so on. It's amazing what you can do with found stuff and a little ingenuity (and hot glue). I'm thinking of doing a couple of Youtube demos on some of the stuff I've discovered.

So my apologies for ignoring the blog. I'll be posting more in the next week or so. And I'll post pictures soon, I promise.
at 3/20/2009

That's so cool about doing costumes for The Lion King at the local school! Yay! I hope you do make the effort to do a little video documentation.

One thing I regret not doing in high school is stage tech-- it would have been so much fun, especially with Janet, Sarah, Dan, etc.

I also regret not taking intro to Geology in college.

Well it was certainly worth the wait! Congratulations on achieving your goal. A very nice post.The mask is looking good.

I love your blog and cabinets of wonders. Congratulations for your wonderful work!

I do costuming for a living, and in my line, it IS very much "just make it look nice and not fall apart onstage". Ancient seam techniques are for museum repros and folks with gigantor budgets. This weekend I am actually making 2 costumes for a school production of Beauty & the Beast. It has taken over my house, but I believe the magical wardrobe and teapot will be super fun when i finish!

I look forward to you sharing some pictures of your work!!!!!

(and p.s. I always wished I could be a milliner)

hot glue holds the world together, so the stage techs can light it...

The image of your lion face is Fabulous! What is your next production?

The first thing that got my attention when I saw the first images from the Lion King was the amazing production design. I hoped they would do well so it would make it's way to Australia and it did!

I had the pleasure of visiting the workshops in Kensington where the sets for the Australian production were built.

Well done on that mask. You sound really fired up creatively. It's the best feeling isn't it?

My class in Japanese school went on a school trip and I got to see the Lion King production in Tokyo. We did that play for our "Culture Festival" presentation.

The costumers must have had a blast--we lionesses had paper masks on top of our heads, done cartoon style, but they dwarfed our faces in an interesting way.
I really want to see what other stuff you're doing, too! (Post it to LiveJournal, if you don't want to here...)

Great story! I enjoy reading your blog very much.

No apologies needed, that I can see. I came to your blog because it was full of pretty, pretty lovely things, all of which I got shown in one place, for free. I look forward to each new post, but it would be incredibly entitled of me to demand it.

It's a pity that acting deterred you from costume design. I'm a scenic design major at the University of Illinois, and I was only required to take a basic acting class that involved acting in front of only my fellow students.

I do understand the distaste for the compartmentalization of theatre, though. I feel like high school ingrains this techies vs. actors mentality, which then diffuses into technical directors vs. properties vs. scenic designers vs. directors once one hits college.

We need to smash some barriers, yo.

But I'm glad you're able to pursue specifically what you want to do, and yes, Julie Taymor is brilliant. Best of luck with your costume adventures!