Writers of the Future 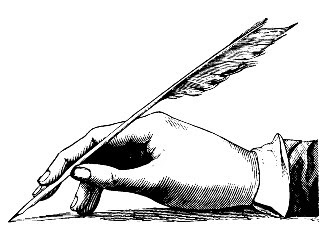 It seems like everybody is getting awarded for their efforts this week. A friend of mine just got her novel accepted for publication, Neil Gaiman gets the Newberry for his fine and wonderful The Graveyard Book, and I... well, I just won second place in last quarter's Writers of the Future contest.

I heard about the contest from Ken Scholes, whom my Viable Paradise friends and I met outside the elevator at 1 am at Worldcon last year while he was still staggering around on a high from the 5-book deal he'd just clinched. We abducted him, fed him mead, and pumped him for information on Success And How To Pursue It, and this is what he recommended (he was incredibly sweet throughout).

It's funded by the late L. Ron Hubbard's estate - first and foremost, apparently, he was a science fiction writer who was well-known and in all the genre magazines, and he wanted to establish something that would help other writers with their careers. Writers of the Future is, by all accounts, entirely separate from the Scientologists; it's considered very legitimate and well-respected in the genre, with lots of famous authors participating. The judges are people we have all heard of: take a look. And the winners include people like Jay Lake, Mr. Clockpunk himself.

This means I get a nice cash prize, and that my story, a magical Western entitled The Candy Store, will be in an anthology (Writers of the Future 25) with the other winners of the contest. It will be illustrated by one of the Illustrators of the Future (part of the same contest), a thing I find odd - I never thought any of my writing would be illustrated! It also means I get flown to Southern California to meet the other winners and spend a week with (as yet unknown) well-known writers, doing an intensive writing workshop designed to give up-and-coming writers tools to help them get published. Then, at the end of the week, they have a big fat black-tie awards ceremony and book signing, and it seems that some publishers/editors/agents come to this.

Okay, I'm starting to get excited.

You can read about the week at Stephen Kotowych's excellent blow-by-blow blog entries here. From what I hear, it's a really good way to jump-start a writing career, and it's easy to apply, so check it out if you write Science Fiction or Fantasy, or if you're an illustrator interested in SF/F. Good luck!
at 1/30/2009

Sweet! First to congratulate you. Looking forward to meeting you at the workshop, Heather!

WotF 25 is shaping up to be the "workshop to attend" with all the big names invited to attend. I can't wait!

Big congratulations on your win in the Writers of the Future contest!

Hey! Awesome! Congratulations! My husband won many years ago, and I won in Illustrators of the Future the next year.

The workshops are great; definitely go. I know one of the writing teachers personally and can vouch that she is a first-class lady. You will have a fantastic time.

And it is totally separate from Scientology; they will never bring it up to you or talk about it, and in fact almost none of the people you will have contact with know anything about Scientology. I stayed at the Manor Hotel, a Scientology center in Hollywood where they do weird Scientology stuff. When I asked about it, they said they were actually not ALLOWED to talk to us about it, so they keep it all really separate, which is good.

Anyway, you will also get to meet your illustrator (I am assuming that they still do that) which is great fun.

I look forward to hearing about it!

Well done. That must feel very gratifying and is well deserved.
Forward the Future! (Long Live the Past)

Congratulations. I look forward to reading your work.
Cheers,peggy

Wow! Having read your blog for a couple of years, now, even I am getting the jitters! Congratulations.

Congratulations! I should see you at the workshop too, as I came second in the 3rd quarter. See you there!