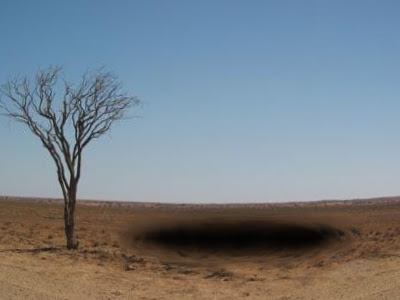 You can always tell what state my mind is in by the state of my house. I am not really bipolar, but I do swing back and forth in energy levels; sometimes it's clean (more rarely than I would like), more often it swings between the clutter of doing lots of things, and the clutter of neglect.

Sometimes, the clutter of neglect happens because I'm not home much, or I have too many commitments. Other times, it acquires a patina of depression. This is when things get bad -- the place doesn't smell right; the dust bunnies are mingling too much with the stuff; there are too many things on the floor; everything is collecting dust. That same pair of little girl leggings has been in that same place for two weeks. None of the chairs are sit-able with all the things piling up, and the plants need water.

Depression, for some people, is a familiar place, a landmark, some scenery you thought you had left, but now find yourself back in almost without knowing it. In my particular scenario, there is a big black hole that I have to stay away from. It has a certain gravitational pull, and if you simply march thoughtlessly ahead, you will fall into it. Once inside, the whole paradigm is geared toward "DOWN" and like the Red Queen, you have to run as fast as you can just to stay at the level you find yourself. My sister-in-law says it's like an ant-lion's hole, with the loose sand, so that no matter how hard you claw your way out, the terrain underfoot just keeps shifting out from under you, sliding you back.

It's easiest simply to steer clear of the hole than to get out once you've moved over that edge. I know where the hole is, and I know the surrounding countryside well enough that I recognize the signposts to stay away from. There are things that push me toward it, but there are also things which carry me away from it: by consciously thinking positive thoughts when it looms, I can change the countryside I walk through -- just a bit, but enough. Like a compass needle pulled toward the North, my thoughts veer toward the hole if I'm close enough, but unlike a compass, I can, with effort, wrench those thoughts off to a different direction -- and by doing so, find myself in a completely different country.

Weirdly, pasting a smile on my face often helps; the smile becomes a real one disturbingly quickly. I'd heard from someone that the act of smiling in itself can help you feel better, and it does. Which says all kinds of things, like those people I can't stand, who smile all the time, may in fact actually feel good about themselves. Or that Americans have crummy lives, because they smile so much to stay sane.

Other ways people think about depression: I have one friend who says her world becomes two-dimensional, like nothing has any substance anymore. It's all just cheap cardboard cutouts of reality, and all the people she knows, all her friends and family, have lost their depth. The world becomes shallow and lusterless. 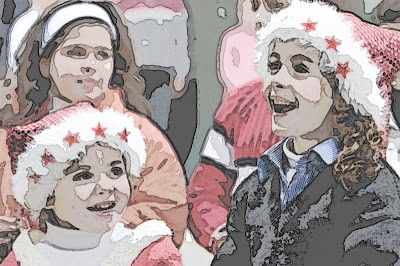 For me, I become slow. I labor along, and I'm never able to accomplish anything: the day simply goes past before I can get there. I wind down like a film coming to a halt, and lose the ability to get enthusiastic. Food doesn't taste good, so I eat a lot of it to try to make up for the lack of interest by trying again and again. Sleep is unsatisfying, so I do more of it if I can.

Another friend of mine is absolutely the opposite: she says depression winds her up. She gets tense, buzzes around uselessly, doesn't accomplish anything because she's rattling apart. She snaps at everyone, and can't concentrate on anything. And she can't sleep.

Someone else described it this way: it's like a thickening veil between you and everyone/everything else, and you can't reach through it. Sort of like a cataract of the soul, isolating you and making it hard to see where you're going, what you're doing, why you're even doing it. 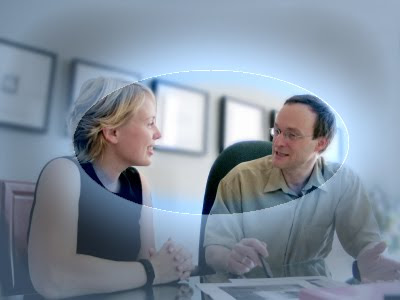 All of these descriptions have an element of the world moving away, becoming distant, of reaching out and not being able to touch anything or feel it touch you. When things are really bad there is this desire to make it all stop: the reaching, the isolation, the inability to communicate across vast distances. Sometimes there is the sense that it's all your fault, that you have isolated yourself, or that others have turned away because you are a bad person. It's hard to live with, and it's hard to live with yourself. The whole thing becomes exhausting. You find yourself just wishing you could wink out, be gone, stop.

"It was as if what I wanted to kill wasn’t in that skin or the thin blue pulse that jumped under my thumb, but somewhere else, deeper, more secret, and a whole lot harder to get at." –Sylvia Plath, The Bell Jar


Elizabeth Wurtzel said, "I start to think there really is no cure for depression, that happiness is an ongoing battle, and I wonder if it isn't one I'll have to fight for as long as I live. I wonder if it's worth it." Which is an interesting point. Because what are the gauges by which we measure happiness? How do you know if you've won the battle, if you're getting the happiness you've been fighting for?

The truth is, we don't know until it's past. "A long and happy life" is something people often say in eulogies, in biographies; but did the person with the "happy" life actually know they were having it, while they were having it? Or is that something you can only judge in hindsight? Is the "long" part of that statement mandatory for the "happy" part to be assured?

I suppose I would say happiness consists of moving unobstructedly through the world, of being able to take those moments that are beautiful and really wring some enjoyment out of them -- notice them as they go by. It is a matter of being. You are happy; your happiness is a state of being. In the case of the person who has had a "long and happy" life, that happiness may be an artifact of hindsight, of perspective: only when you get far enough away from it do you realize that all that -- that hurdy gurdy and running around and having meltdowns and tears and holding each other close and kissing your child's head -- that held all the ingredients of happiness. But, for most of us, I think we don't know it's happiness nine-tenths of the time.

Satisfaction, on the other hand, is about doing. You get satisfaction from the things you do. When your life is satisfying, there is the sense of a job well done, a completion, a feeling that you have done well. You look at your child and see someone well-read and capable and vivacious and you feel that you did the best you could. Your garden is full of flowers; you grow tomatoes and you knit sweaters and you work hard at your job. These are all good things, and honestly, satisfaction is an important emotion to have.

The thing, I think, is not to allow yourself happiness as a reward for satisfaction. The doing of things has, I think, ruined many of our lives, because we don't allow any cracks for the happiness to get in. If there are no pauses, the happiness can't slip in on us unawares. Those moments of quiet, that happiness, they need nourishing; and if the doing of things balloons outward to fill all available space, then you will look back on your deathbed and say, "My, I've had a full life," and if you're lucky, you'll confuse fullness with happiness.

Because there are always those moments of joy, some of them tiny -- like watching your daughter lean down over her book in the sunshine, her hair hiding her face, and seeing the beautiful line of her back; or when the first curling leaves of your garden begin to sprout; or even that moment when you take the time to sit outside somewhere beautiful with a glass of wine and watch the sunset with someone you love and like talking to. In those moments, if we take them carefully and in the spirit of trust, we can allow the happiness to take root, like a shy plant, and grow through the hurt, the isolation and the busy-ness. And with it, the world will begin to poke through the caul, begin to thin the membrane, the heaviness between ourselves and the world. The isolation can diminish, the compass needle can be taught to point elsewhere, and at the end of it all, we'll be able to see and touch everything again. 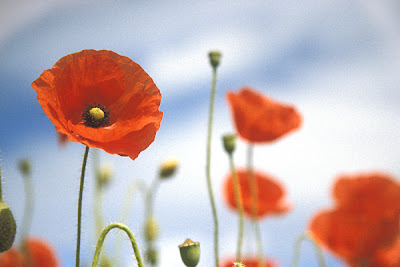 "It's not catastrophes, murders, deaths, diseases, that age and kill us; it's the way people look and laugh, and run up the steps of omnibuses." -- Virginia Woolf
at 11/09/2011

this is beautiful and true. i can identify with every word...

People have been arguing that one since the ancient Greek philosophers -- Solon commented "Call no man happy until he is dead", while Aristotle wondered if that was too soon!

Also, both satisfaction and those "moments of happiness" are at least airholes in that barrier you were talking about -- they can let enough life in to keep you going.

I recognise that description of the state of your house. The day when you got the sketch book out and were inspired, up til the day two weeks later when it's another piece of clutter wearing you down.

Thank you for updating your blog. It is a good thing.

What you've said reflects so much of my own experience.

It's a shadow lurking behind every corner, and I'm always aware of its presence. I feel it looming over me, and I fight like hell to keep three steps ahead it it. Sometimes, I let it get close enough to feel its heat, and maybe just close enough to get inoculated against its bigger bite. That's a dangerous game. It's playing with a fire that consumes totally, and keeps burning long after the fuel is spent.

Thank you. I'm going to share this with friends because for those who haven't been there it might make it easier to understand, and for those who have they will identify with it. Your differentiation between satisfaction and happiness is both provokative and inspiring. I really do think there's something in this for all of us!

interesting. my depression comes and goes, and i feel like everything is meaningless. in the past it was guilt. now it feels like i am forced to endure life this happens often when i am alone, like all my friends are agthered round but no one pays much attention to me, even though they do, just not at that moment. my friend says when she is angry then she gets depressed.but im still trying to live. even though i was thinking about how meaningless life was yestereday... ironic is it not?